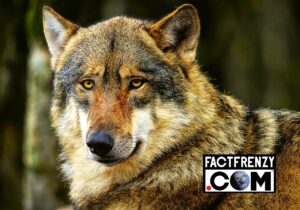 As far as size goes, wolves are the largest member of the dog family.

Wolves are mammals that belong to the family of dogs known as “canids,” which also includes coyotes, jackals, foxes, dingoes, and domestic dogs.

Wolves are top predators in their habitat, and they have many ways to protect themselves from threats. Wolves hunt in packs, chasing and attacking old, sick or debilitated animals.

Wolves have more advantages when hunting in packs because they are intelligent animals that work together and are able to cull animals that are much larger and stronger than a single wolf.

While a bear or mountain lion can attack a single wolf alone, they cannot compete with a pack of wolves traveling together.

Because adult wolves always travel in packs, they can defend themselves when an enemy tries to track them down.

Wolves can quickly outrun their enemies because they run with great speed and stamina.

A wolf usually weighs between 80 and 140 pounds, but larger wolves can weigh over 175 pounds.

Smaller wolves come from a subspecies of the Arabian wolf whose females can weigh up to 10 kg (22 lb) when mature.

Today, the range of gray wolves in the United States is limited to the western states of Alaska, Idaho, Montana, Wyoming, Oregon, Washington, northern Michigan, Minnesota, Minnesota, and Wisconsin.

Depending on where they live, wolves may have other names such as “timber wolf”, “Mexican wolf” or “Arctic wolf”, although they are still gray wolves.

Grey wolves live in the Canadian Arctic and Alaska.

Red wolves live primarily in Canada and the United States and are highly social and territorial.

Unlike Hollywood animated movies, one of the interesting gray wolf facts for is that wolves show no mercy and don’t wait for their prey to move.

In fairy tales and literature, wolves are described as dangerous and deceptive. The phrase “cry  wolf” comes from a fable about knowingly sounding a false alarm.

Some folk tales contain stories of people who transform into wolves. This transformation actually has a name – “lycanthropy.”

The Bible contains numerous references to wolves, where they are commonly used as a metaphor for greed and destruction.

In Iran, it was believed that wolves originated from the darkness of the evil spirit Ahriman and are considered one of the most cruel animals.

In some places around the world, humans have almost completely exterminated wolves. Now there are some laws to protect them, but many are still hunted in places where there are more wolves. 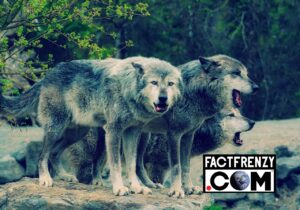 Wolves hunt large animals as a team, but they can hunt small animals on their own if necessary.

Himalayan wolves can coexist with Indian wolves as they both feed on small to medium prey.

Wolves have excellent senses, sharp teeth, powerful jaws, sharp eyesight, and can run at speeds up to 60 km/h (37 mph).

The now-extinct dire wolf was comparable in size to today’s larger gray wolves, but they had jaws to crush bones and may have hunted large prey such as horses, bison, sloths, and mastodons.

Wolves became the most persecuted animal in American history with the arrival of Europeans. When the wolf population in Yellowstone Park in the United States declined, the number of animals got out of control.

In the 1600s, the nobles hunted wolves for sport using Irish wolfhounds. Wolves were domesticated several thousand years ago, and dogs were obtained as a result of selective breeding.

Gray wolves are known to have an average lifespan of six to eight years. Humans are the leading cause of death for wolves in most regions of the world.

Much of the conflict between wolves and humans in North America stems from livestock predation, fear, and misinformation from the general public, rather than actual incidents of wolf attacks.

In Eastern Europe and the United States, wolves are returning to the wild and research parks.

Gray wolves are important players in the food chain because they help control the population of caribou, deer and other ungulates in their habitat.

Wolves protect their habitat from intruders by noting scent, body language, and howling.

Body language wolves use body language and vocalizations to show other wolves how they feel about things.

Wolves communicate with each other using vocalizations, scent cues, and visual cues such as facial expressions, body position, and tail position.

You may have heard someone refer to gray wolves as “alpha wolves,” or males and females who seem to gain dominance by fighting in their packs and eventually become group leaders and exclusive breeders.