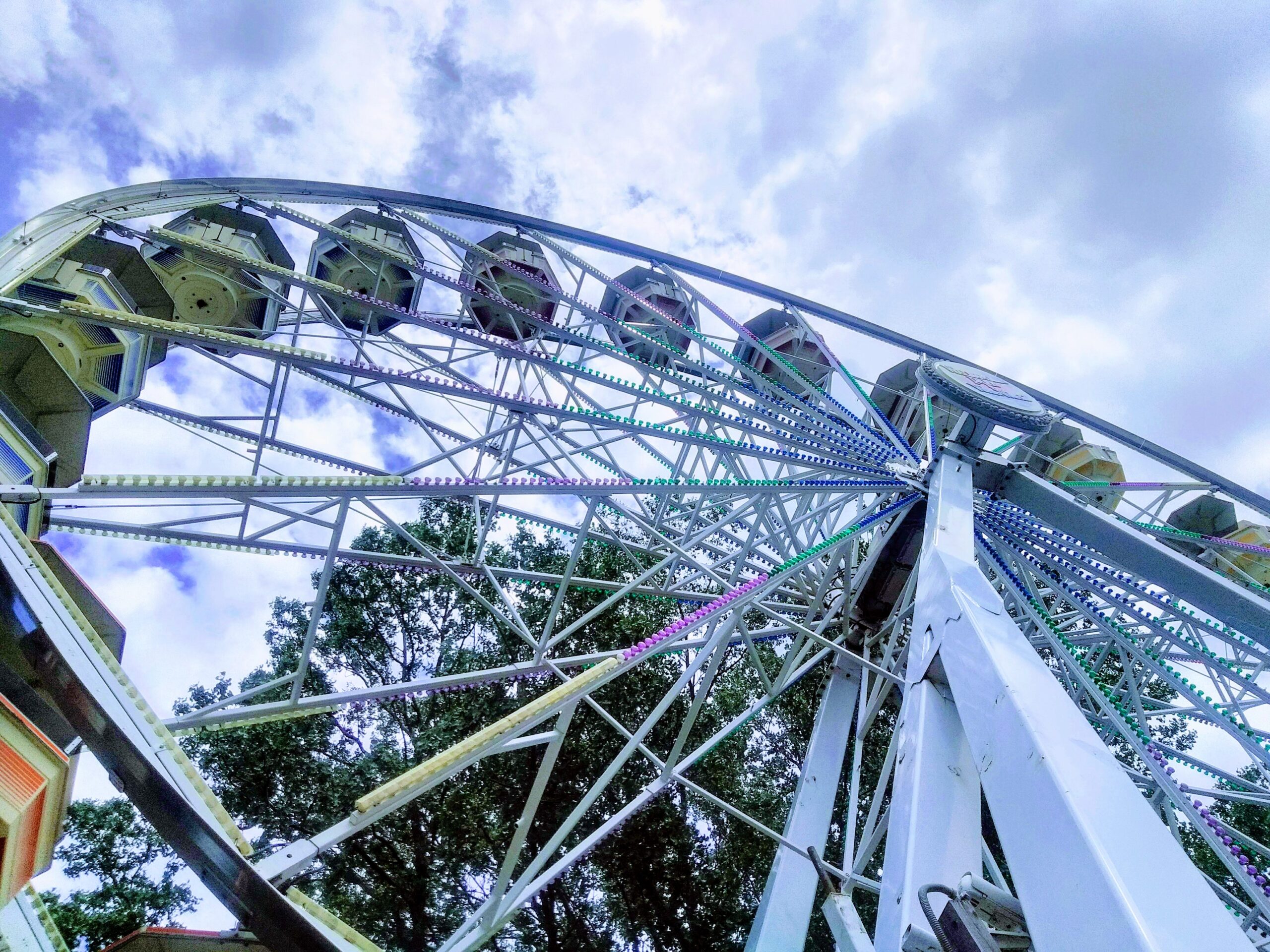 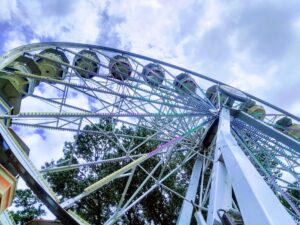 When summer approaches, it is not uncommon to see lines of cars and buses filled with people arriving for a fun day at this historic landmark and amusement park in Northwestern Pennsylvania.

Waldameer Park is an historic amusement park that was originally built in the year 1896, and continues to thrive as a family-friendly tourist attraction today.

The entire park is now called Waldameer and Water World. In addition to having many roller coasters and thrill rides, Waldameer now has a water park with water slides, raft rides, and a 500,000 gallon water wave pool.

Waldameer was originally built as a “trolley ride” park, by the Erie Electric Motor Company. In fact, one of the first sought-after experiences of going to Waldameer was riding on an open-air trolley that brought visitors from downtown Erie. The ride was four miles, but it took 30 minutes.

Waldameer Park and Water World is located in Erie, Pennsylvania. It is right at the base of Presque Isle State Park.

Waldameer has many rides — over 100 of them! These rides include roller coasters, bumper cars, thrill rides, gentle rides, water rides, and many rides that are just for children.

The Ravine Flyer II roller coaster takes many hills and turns, including an arched trip over an actual street — Peninsula Drive.

Waldameer also has the Ravine Flyer III — a small roller coaster for kids who are at least 40 inches tall. Its biggest hill is 13 feet high.

Waldameer has many traditional games of skill, to win prizes. Examples include ring toss games, balloon and dart games, and basketball and hoop games, to name a few. There is also a video game arcade, that also contains games to win prizes.

There has been an arcade in Waldameer for over a century. They didn’t have video games back then, like we see in the 21st century. Instead, they had games that flipped cards and played movies as a prize. The games also cost only a penny to play. That is why they were originally called, “penny arcades.”

In its early days, Waldameer had a bowling alley with five lanes. But instead of being a traditional 10-pin bowling game, it was created more like a large-scale version of the “skeeball” games that we see today.

Waldameer does have skeeball games today, in its arcade.

Waldameer has gift shops where visitors can buy souvenirs, toys, clothes, or even get their face painted.

Visitors who are hungry can buy food at several places throughout Waldameer. People can eat things like pizza, burgers, and french fries made from fresh-cut potatoes. For people who want sweet snacks, they can buy things like ice cream, cotton candy, and fudge.

Waldameer has two “dark rides” (indoor attractions — some are walk-through, others are ride-through). The Pirate’s Cove is a “fun house” type of attraction, that visitors walk through. The other is the Wacky Shack, where visitors ride small rail cars that move slowly, but are meant to take scary twists and turns in a dark environment.

There is a large picnic area with many pavilions. The picnic area is used by many people for various reasons, such as family gatherings, reunions, and birthday and retirement parties. Many businesses, schools, and organizations around the city of Erie, Pennsylvania use the picnic pavilions as well, for various celebrations.

Picnicking has been a part of Waldameer Park since its founding. In fact, before it became an amusement park, the grounds it was built on had been a picnic area called Hoffman’s Grove.

The name Waldameer is actually a German word that means “woods by the sea.”

Live entertainment is another attraction at Waldameer. Singers and dancers in musical-style costumes perform musical acts for visitors on an outdoor stage. These shows are also free to watch, since there is no admission fee to the park. Sometimes, there is also karaoke.

Waldameer Park puts on a large fireworks display on different holidays throughout the year, such as Independence Day (The fourth of July), Labor Day, and Memorial Day.

Waldameer Park and Water World opens in May each year, and closes for the fall and winter seasons in September. While the summer months can get very hot in Erie, PA, the city is in the “snow belt” part of the U.S. which makes it too snowy and cold for outdoor amusement parks in the winter. But Waldameer has been a summertime attraction for millions of visitors for over one hundred years.