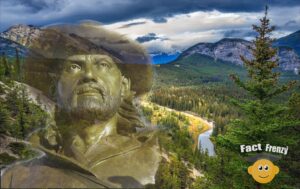 Facts About the Lives of “Mountain Men”

In the time of the “mountain men”, at the beginning of the 19th century, Lewis and Clark and other explorers had already explored the West.

The United States government had already sent these explorers to find out all they can, and to bring the answer to those secrets home. But there was still a lot to be found out about the mountainous West.

The people who truly unlocked the West’s secrets were the mountain men. They were men willing to keep going past the areas that were already known territory, and to expand westward. Often times, these men were somewhat uncivilized and uneducated, but they were up to the task.

Mountain men had a lot of endurance. They needed to be brave and strong. But they also needed to be able to embrace the idea of living along in solitude for long periods of time, if necessary. They encountered incredible dangers on a daily basis.

Some of the mountain men that were educated provided the entertainment for others, especially in areas of literacy. They would read books aloud — until the books eventually became worn out and fell apart. Sitting around campfires they would read literature such as plays by William Shakespeare and the Bible. Mountain men like Jim Bridger couldn’t read or write. But he was able to memorize Shakespeare passages and recite them back to others.

Bridger was probably one of the most entertaining mountain men. He was a teller of wild, exaggerated stories. He was known to other mountain men as “Old Gabe.” In one of his tall tales, he claimed to have encountered a canyon so large that when you shouted, the echo would come back six hours later. So when he stayed there, just before going to sleep he could yell, “time to get up!” and it would wake him in the morning.

Mountain men were comprised of different races and nationalities. This is especially true among some of the more famous names of mountain men. There were Scottish mountain men like Dr. John McLoughlin and John Kinzie. The Choteau brothers were French, Jim Beckwourth was African-American, and Manuel Lisa was Spanish.

In 1806, the explorers Lewis and Clark returned from their journeys with great news. They reported that the Native Americans they encountered were mostly friendly, and the West had a great abundance of beavers in the streams that went through “fur country.”

This news caught the attention of fur traders. They began to gather in St. Louis, waiting for the Upper Missouri to thaw.

Manuel Lisa was one of those fur traders. He had 42 men with him, and into fur country they went. They brought two swivel cannons, which they used to defend an attack from the Arikara. They were also met with hostilities from the Blackfeet. They knew there was always going to be the risk of being attacked. However, aside from the Arikara and Blackfeet, their encounters with Native Americans were peaceful.

In 1809, a group of fur traders and explorers started their own company — the Missouri Fur Company. The group was comprised of Major Andrew Henry, Auguste and Pierre Choteau, William Clark, and Manuel Lisa.

Their first venture was a failure, which almost led them into bankruptcy. They had 172 men and began looking upstream with nine barges, but they came under attack. Five of their men died. They were barely able to bring back 40 packs of beaver, when they came back in 1811.

Another fur company also came into being around the same time, in 1808. John Jacob Astor came to America with practically nothing. He had seven flutes and $7, but enormous motivation. And so began his “American Fur Company.” In 1811, he opened a post at the Columbia River. In 1813, he had to sell it to the North West Company (owned by the British). In 1821, it merged with the Hudson’s Bay Company. The Hudson Bay Company was primarily about Oregon Country, which meant the Americans had the Rocky Mountains to explore.

Then, William Ashley and Andrew Henry enlisted 100 “enterprising young men”, and started the “Rocky Mountain Fur Company” in 1822. Hugh Glass, Jim Bridger, and Jedediah Smith were a few of Henry and Ashley’s men that joined them as they went up the Missouri River. Just like Manuel Lisa’s expedition, they encountered hostilities and were attacked by the Arikara and Blackfeet. They went north to the Central Rockies, and encountered the Crows. Jedediah Smith spoke with them, and the Crows told him about a way to get through the Rocky Mountains — which was by going through the South Pass.

In the future, the South Pass became the main route for anyone headed to California, Utah, or Oregon.

The Great Salt Lake was discovered by Jim Bridger, who had taken a boat and traveled down the Bear River.

Another incident happened during the 1822 expedition. A grizzly bear attacked Hugh Glass, and almost killed him. Some other men in the expedition party were able to rescue him. Badly wounded, Hugh Glass was not yet ready to travel. However, it was time for the group to move on. Major Henry decided to appoint two men to stay behind and look after him until he recovers. After the group had left, hostiles were closing in on the wounded Hugh Grant and his two “protectors.” The two men abandoned Hugh Grant and caught up with Andrew Henry. They lied and said that Hugh Glass was dead.

Determined to survive (and hopefully find the guys that deserted him), Hugh Glass crawled for 150 miles, and was saved again. Instead of taking his revenge on his deserters, he chose to forgive them. Despite his will to survive, Glass’ old enemies — the Rees — killed him.

The life of the mountain men was full of great risk. Attacks by grizzly bears were just one of the dangers of these explorations. In fact, there were so many grizzly bears that one explorer claimed to have seen about 200 just in a day’s time. Jedediah Smith also was attacked by a grizzly bear, but he survived — losing only his ear.

Of course many other dangers were always close by, such as being attacked by thieves. Or, a mountain man could lose his life through starvation, or just from accidents — which often occurred because of the dangerous terrain. The truth is, more mountain men died than survived during their explorations. One figure shows that between 70%-80% of mountain men perished “with their boots on.” In 1826, Mountain man James Pattie said he knew 116 trappers who went to Santa Fe. The number of those that survived was 16.

The “rendezvous” become one of the biggest components to the mountain man’s way of life. For the mountain men, it was first devised by William Ashley. But it was a concept that was learned from the Native American’s rendezvous activities, by gathering once a year to relax and trade. It became a pastime for the mountain men to meet somewhere in a meadow to sing, dance, play games, have contests of skill, and fight in a drunken brawl. Every year the mountain men would leave the dangers of the mountain behind to trade furs, have fun, and enjoy each other’s company.

Bonner, Thomas D. (1856). The Life and Adventures of James P. Beckwourth, Mountaineer, Scout, and Pioneer, and Chief of the Crow Nation of Indians. With Illustrations. Written from His Own Dictation. New York: New York. p. 107. Retrieved 2 August 2014.

Chittenden, Hiram Martin (1954). The American Fur Trade of the Far West: a History of the Pioneer Trading Posts and Early Fur Companies of the Missouri Valley and the Rocky Mountains and of the Overland Commerce with Santa Fe. Stanford, CA: Academic Reprints.