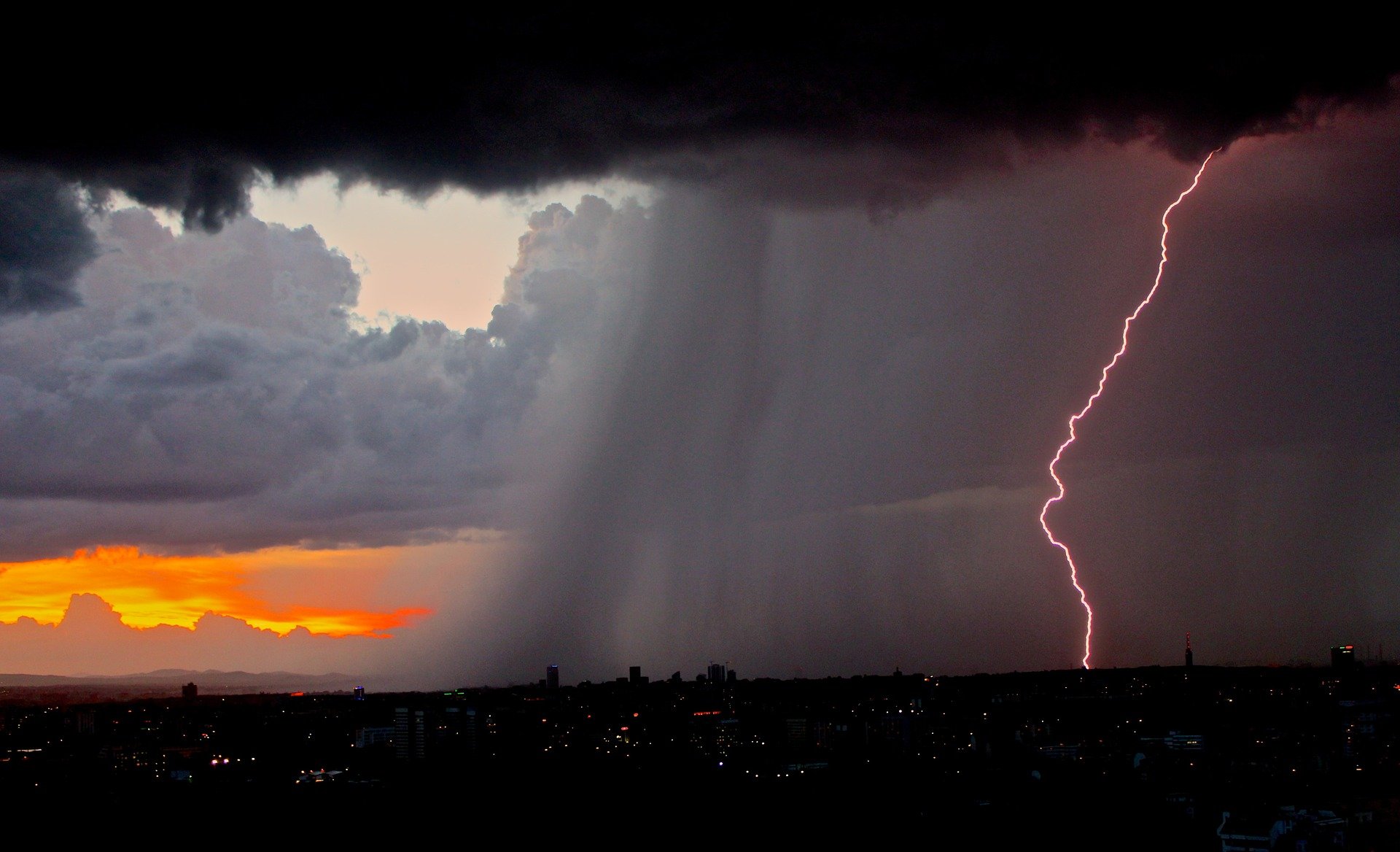 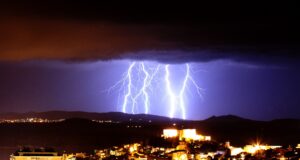 Tornadoes are powerful enough to knock down houses. They can even lift trains off the ground.

During a single 20-minute thunderstorm, 125 million gallons of water can fall to the earth as rain.

The temperature of a lightning bolt is 50,000°F — about five times as hot as the sun’s surface.

The very center of a hurricane is called the “eye.” In the eye of a hurricane, the winds are calm and it can feel like a peaceful, sunny day.

Thunderstorms have downdrafts, which send cold air vertically downward to the ground. Downdrafts can plummet an airplane over a thousand feet in seconds, and can create gust fronts that result in dust storms.

The size of hailstones depend on how strong the winds are in upper areas of the thunderstorm. The longer they are tossed upward and downward throughout a storm’s cycle, the larger the hailstones grow. They fall to earth when they become too heavy for the thunderstorm’s updraft winds.

Sleet is different than hail. Hail is formed in thunderclouds, and hailstones are usually larger. Sleet occurs in winter, when rain or snow falls from a warm layer in the clouds, and then through a cold layer, where the droplets freeze and fall as small ice pellets.

A thunderhead can have a buildup of 100 million volts that discharge in the form of lightning.

Thunder is the noise caused by lightning, but sound travels slower than light. If you count the number of seconds between a lightning flash and its thunder, and divide that number by five —that number will tell you how many miles away the lightning occurred.

Hailstones have been known to reach the size of grapefruits, damaging buildings, vehicles, crops, and injuring animals such as horses and cows.

A thunderstorm can produce more electricity in twenty minutes than a big city can consume in a week.

Lightning injures or kills someone every day, somewhere in the world.

Tornadoes become darker as they pick up dirt and debris.

Hurricane winds range between 74 to about 200 miles per hour.

More people die from hurricanes each year than all other storms combined.

Every second, there are roughly 100 bolts of lightning happening around the world.

Thunderstorms may be violent, but they actually help the environment too. They bring water to dry areas, they help to keep the atmosphere cool by drawing up heat and releasing it into space, and they clean the air.