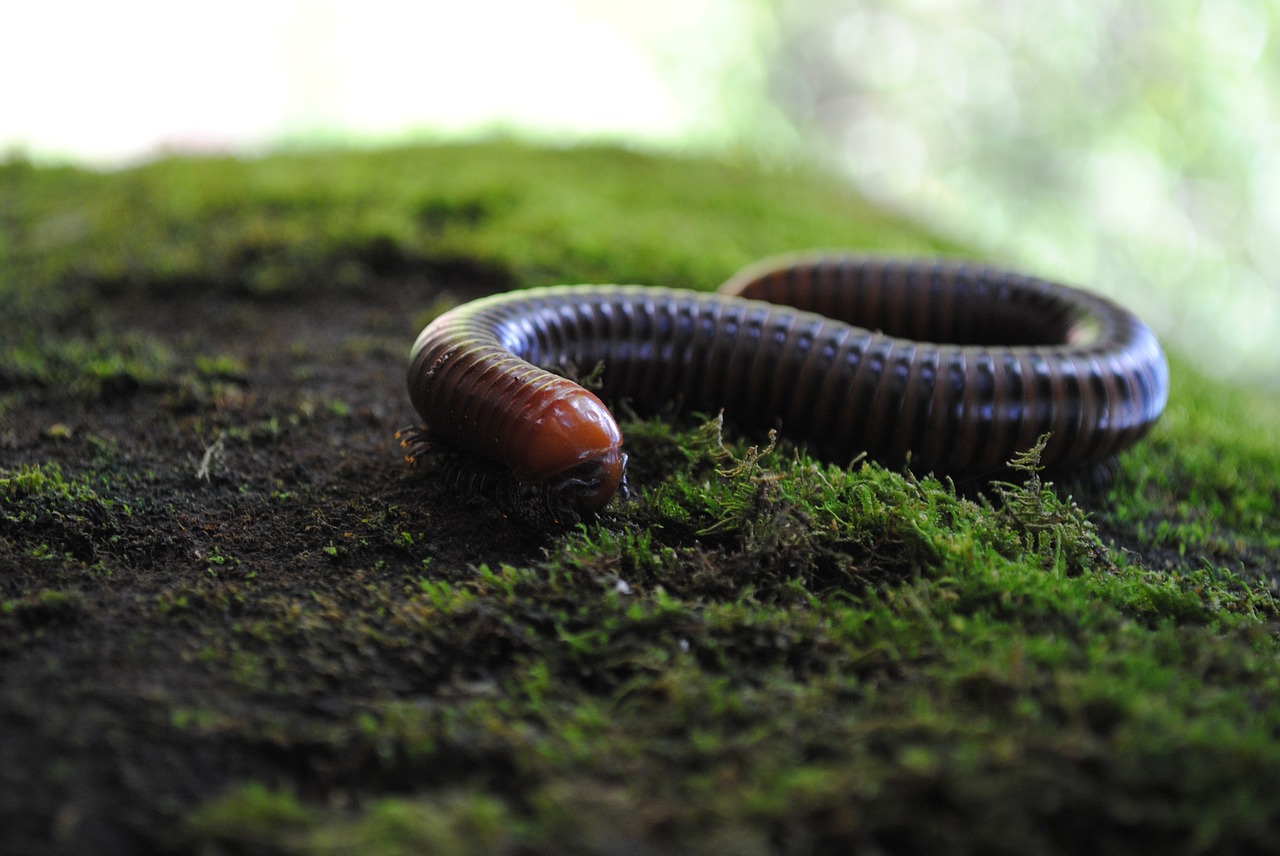 The name “millipede” in Latin means “thousand feet.” However, there haven’t been any millipedes in recorded history with a thousand feet. Some species of millipede have 750 feet. That is the highest number of feet that humans have ever counted on a millipede.

Millipedes grow more legs as they grow older. Millipedes are only born with a few segments in their body. There are only two pairs of legs on each body segment. But they add a body segment every time they molt (shed their exoskeleton).

How long do millipedes live?

Millipedes can live up to seven to ten years.

When do millipedes lay eggs?

Millipedes can begin laying eggs and reproducing in their second year of maturity.

Why are millipedes sometimes found in houses?

Millipedes found in the home are usually a sign there may be rotting wood somewhere. Or, the millipedes may have just wandered through an entranceway or duct somewhere looking for a cool, damp place to live — such as basements.

What do millipedes eat?

Millipedes mostly eat decaying matter. They will eat dead wood, leaves or vegetation. Sometimes they will eat live plant seedlings, or parts of plants underground. But millipedes also help the soil because millipedes are “decomposers” — they help compost plant matter that has died, returning nutrients to the soil.

Are millipedes dangerous to people?

Millipedes do not bite humans or have stingers. In fact, many humans have millipedes as pets, in an aquarium type of habitat. Some species of millipedes in tropical areas may produce a chemical that can irritate human skin, if they feel threatened or attacked. Other species may release a stinky smell, while others simply roll themselves into a little spiral.

What is the difference between millipedes and centipedes?

What do millipedes need in order to live in an artificial habitat?

In nature, millipedes can live in a wide variety of places, such as mulched flower beds, under dog houses, or even in piles of dead leaves. The important things they need are high moisture, and organic matter. When keeping millipedes as pets or for classroom study, it is important to keep enough moisture in their container. They should be provided with ventilation and a good mixture of soil and dead organic matter that is cool and damp — but not too wet.